Someone has been murdered in Fair Play, California. The crime scene proves a body was here. Who is it? How did it happen? WHO DUNIT?

MURDER IN FAIR PLAYTM
Fair Play is a very small community. Everyone knows everyone. Rumors run rampant and the line between fact and fiction can be very blurred. The main business of the area is grapes – growing grapes, producing wine and selling wines to the public. In addition, there are a variety of small businesses in Fair Play, Somerset, Mt. Aukum and Omo Ranch. These include restaurants, bed and breakfast inns, small grocery/convenience stores, wineries and alpaca, horse and cattle ranches, etc. There is friendly competition and cooperation amongst all these businesses.

In the last few months there has been a lot of tension among the wineries/tasting rooms. Each winemaker has his/her own style of winemaking, producing distinct types and styles of wine. There has been somewhat of a trend toward Rhone-style wines. Many growers are grafting existing vines over to the Rhone varietals. Others feel the area should stay with what the region is best known for – hardy red Zinfandel. Complicating this is the conflicting views over the marketing of the region. The area is on the verge of being discovered internationally: Thanks to some great awards given to many Fair Play wineries. The number of wineries has increased from 6 in the mid-90s to 30+ today and many on the drawing board for the next few years. The newer owners and winemakers are anxious to promote the area in order to sell more wine. Others are not interested in increasing production and do not want more people coming into the area.

All this growth has brought newcomers to Fair Play for many years. The original Fair Playites are somewhat dubious about those newbies in their backyard. The local industry is in flux and emotions run high. A group of guests are arriving at Lucinda’s Country Inn in the afternoon. They are all here to attend a winemaker dinner, featuring a Fair Play winemaker and winery. The guests are from all over the world. During their visit to Fair Play, an important person in the Fair Play community is murdered. It is possible that one of Lucinda’s dinner guests has done the dastardly deed. The County Sheriff knows “South County” very well, and is asking Lucinda’s help in trying to solve the murder. Lucinda is a team leader in the el Dorado County Star Patrol (Volunteers who help the Sheriff’s Office with different assignments). It is going to take a group of concerned (curious, nosey) people to solve this mystery and bring justice to Fair Play.

Lucinda Sullivan, owner of Lucinda’s Country Inn, has asked her guests to join together in this time of crisis and commit to searching out all the clues and solve this murder mystery. Each couple has been asked to seek out clues during the day’s activities. At the end of the day, the guests may want to compare notes, or seek more information about other guests’ activities, but who dunit?

Your job, if accepted, is to venture to Fair Play and embark upon solving the murder mystery. You have a choice of a one-day Mystery Dinner, a one-night Mystery Dinner with lodging or a two-night Mystery Weekend. They all are great fun. You have your choice of mysteries to solve: The French Connection or The Mob Connection. Just talk to us about what you want and we’ll deliver.

For the BUSINESS world; what a great reward for the greatest performers of your team.

For a TWO DAY MYSTERY PACKAGE you will arrive at Lucinda’s the first afternoon in time for the hospitality hour, be in character & ready to be involved in the big whodunit. There will be a guest pourer of the wine; finished off with a casual dinner.The investigation really gets hot after breakfast, followed with a lunch and then return to Lucinda’s for another great wine tasting and snacks with the wrap-up scrumptious dinner the second night. Wine and a glass of port are included with dinner.

The dinners for all the mystery dinners are catered. The first night is a casual dinner (lasagna, pasta, salads, etc.). The second night if more formal: here is a sample of what the menus could be:

After Sunday breakfast you can enjoy the rest of Fair Play before heading home.

For only $850 per Couple you get all this for your TWO DAY MYSTERY PACKAGE. (We need a minimum of 6 people and a max of 10) 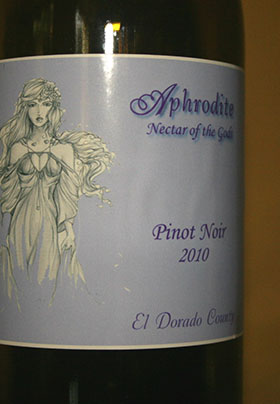 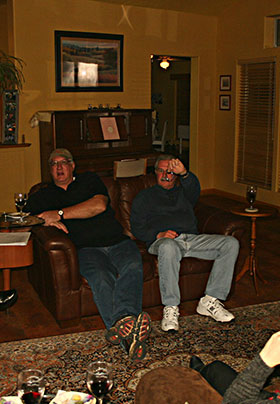